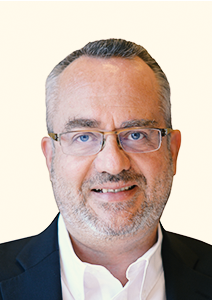 Jean-Christophe MartinConsultant in economic intelligence, expert in mergers and acquisitions related to security issues, particularly in the security, defense, aeronautics and space sectors.

Jean-Christophe Martin, is a consultant in economic intelligence, expert in mergers and acquisitions related to security issues, particularly in the security, defense, aeronautics and space sectors.

Chief weapons engineer, he worked throughout his career on behalf of the highest authorities of the State (Presidency of the Republic, Prime Minister’s Services, SGDSN, Ministry of Finance, Ministry of the Armed Forces, Ministry of of the Interior, DGA-Directorate General for Armament, CNES-National Center for Space Studies-). As such, he was more particularly responsible within a research laboratory of the Ministry of the Armed Forces (DGA) of 500 people, including 130 engineers and researchers, where he acquired very solid skills in high technology. He also has solid international expertise having worked for eight years in the European Commission (DG TREN, DG ENTR, DG GROW) as Senior Advisor on security and space issues.

He now acts mainly as Senior Advisor to several European and French investment funds and industrial companies. He is also an independent member of the Supervisory Board of a leader company in France in economic intelligence and also a member of the ethics committee of a company.