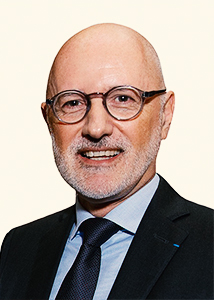 Pascal DUPEYRAT is a lobbyist who specializes in intermediation and institutional support for operators and investors in strategic and regulatory sectors. He works for a number of international groups, both in France and internationally. This knowledge of regulated investment led him to publish the ‘Guide to Investment in Strategic Sectors’ in 2011, in which he details the principles and rules relating to the control of cross-border or merger and acquisition operations in strategic sectors.

As the founder of Relians Consulting in 2002, he first developed his skills as a legal adviser in an international law firm, before becoming technical adviser to parliament within a ministerial office and then parliamentary assistant with the senate and French National Assembly.
He set up his firm with the aim of developing a professional lobbying service, acting as such and defining the term as the action of pleading and promoting the interests of his clients before the public authorities.

Outside his professional activities, he is deeply involved in ‘citizen diplomacy’ and in this capacity is General Secretary of the Cercle Jefferson, a French association of former participants in the International Visitor Leadership Program (IVLP) run by the United States government, an association which counts more than 500 members from the world of politics, administration or civil society, all well-known for their leadership qualities. This professional and personal career path has given him access to a vast international network and a broad variety of specialists in all areas. He is former member of the Board of GlobaltiesUS (2014-2020) and a MNP Fellow 2012 of the Eisenhower Fundation.

A Knight of the French National Order of Merit, Pascal Dupeyrat holds a degree from the Paris institute of Political Studies, Public Service section, and a postgraduate degree in Public Law from the University of Paris Panthéon-Assas, specializing in public business law.